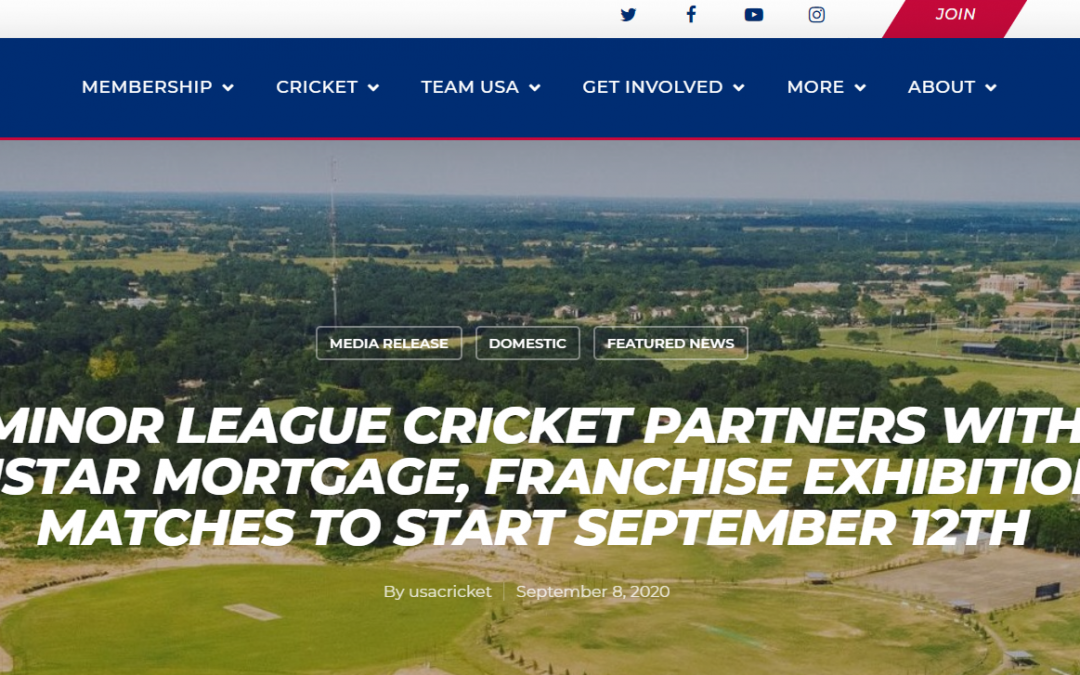 As part of the sponsorship, Sistar Mortgage will also have prominent branding on the playing shirts of all 24 Minor League Cricket teams throughout the 2020 series of Franchise Exhibition Matches.

Sistar Mortgage and MiLC enter the partnership as cricket in the United States moves into a highly anticipated new era ahead of the first action on the field for Minor League teams on this Saturday, September 12th.

Fourteen teams will take the field for the first time this weekend, with 12 matches scheduled to take place in four regions across the country. These matches are aimed to provide MiLC teams with some cricket in 2020, with the inaugural full season of Minor League Cricket then set to commence next year in Spring 2021.

The first balls will be bowled in New York and Atlanta on Saturday morning (10:00am EST), with the Empire State Titans hosting the New Jersey Stallions at Idlewild Park in Queens, NY. Simultaneously, Steven Taylor will lead the Atlanta Param Veers in the inaugural Georgia Derby against the Atlanta Fire at the Atlanta Cricket Fields, GA.

Later in the day, the East Bay Blazers and Silicon Valley Strikers will both be looking to establish an early ascendancy over their local rivals in what is shaping up to be an exciting clash at Morgan Hill Sports Complex, CA.

The final match to round out Day 1 of the Exhibition Series will take place under the floodlights of McKinney Cricket Ground in Dallas, TX, with the Austin Athletics heading north up the I-35 to take on the Irving Mustangs.